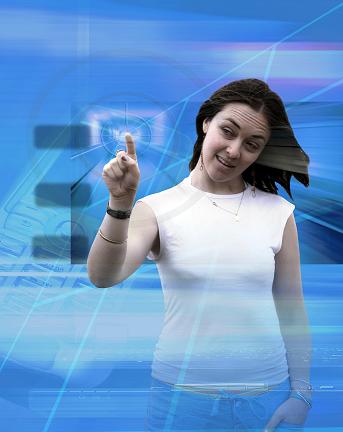 Looking for an OC48 quote or any Optical Carrier pricing for your business data then you have come to the right place. We provide comparison pricing from all the best providers. We have pricing that is not available to many other comparison sites. Just use our free real-time quote form below using the High-Speed Internetselection for a no obligation quote from the best 0C48 providers in the US.  Get your Free Pricing Quote Now!

A business entity or an individual might be faced with the need to update bandwidth, and this is where an understanding of OC- 48 and other Optical Carriers can come into play. Typically, the choice between Optical carriers comes down to the type of bandwidth that is needed and the costs and other advantages. For instance, an OC- 3 circuit will deliver a speed of 155.52 megabits per second, and usually, this is the circuit of choice for large enterprises which need a considerable amount of bandwidth. While OC- 3 lines are considered expensive, it has the advantages of fast connectivity.

Similarly, an OC- 12 circuit line will deliver a speed of 622.08 megabits per second and offers higher performance and lower latency. An OC- 12 line can prove to be quite expensive depending on the location and entails a bunch of initial or set-up costs as well. An OC- 48 circuit is deployed when the enterprise needs to establish support for regional internet service providers.

Speed – the OC- 48 line is significantly faster than the other Optical Carrier connections namely OC-3 and OC- 12. It is this speed that makes the OC- 48 the connection of choice for quite many internet service providers.

Flexible pricing – typically, an OC- 48 line is custom built for the customer’s location and specifications and therefore it has very flexible pricing as well. The OC- 48 also becomes an ideal choice for a “self-contained” unit like an educational institution or a large company which wants to connect its branches or offices.

Ideal for large applications – the OC- 48 can be the best possible choice when an organization intends to use it large data requirements such as graphics, big text files or even streaming video content.

Inexpensive – the interface prices of OC- 48 are meager: this again is a huge plus point for the OC- 48 connection: this also makes OC- 48 a rather well-suited connection for gigabit Ethernet.

High costs – even as the interface prices of OC- 48 are lower, the costs of establishing a line itself are rather high, and therefore it becomes the choice of only large enterprises. Aspects such as carrier, location, and application have a bearing on the costs of the OC- 48 installations. For instance, if one is looking at service from a Tier 1 provider then apart from the initial set up fees, monthly or recurring expenses can touch a mark of even $ 500,000.

High costs of installation – any organization that establishes an OC- 48 connection will need to give it time for the cost benefits to show up. Initial costs or establishment costs of an OC- 48 are rather steep.